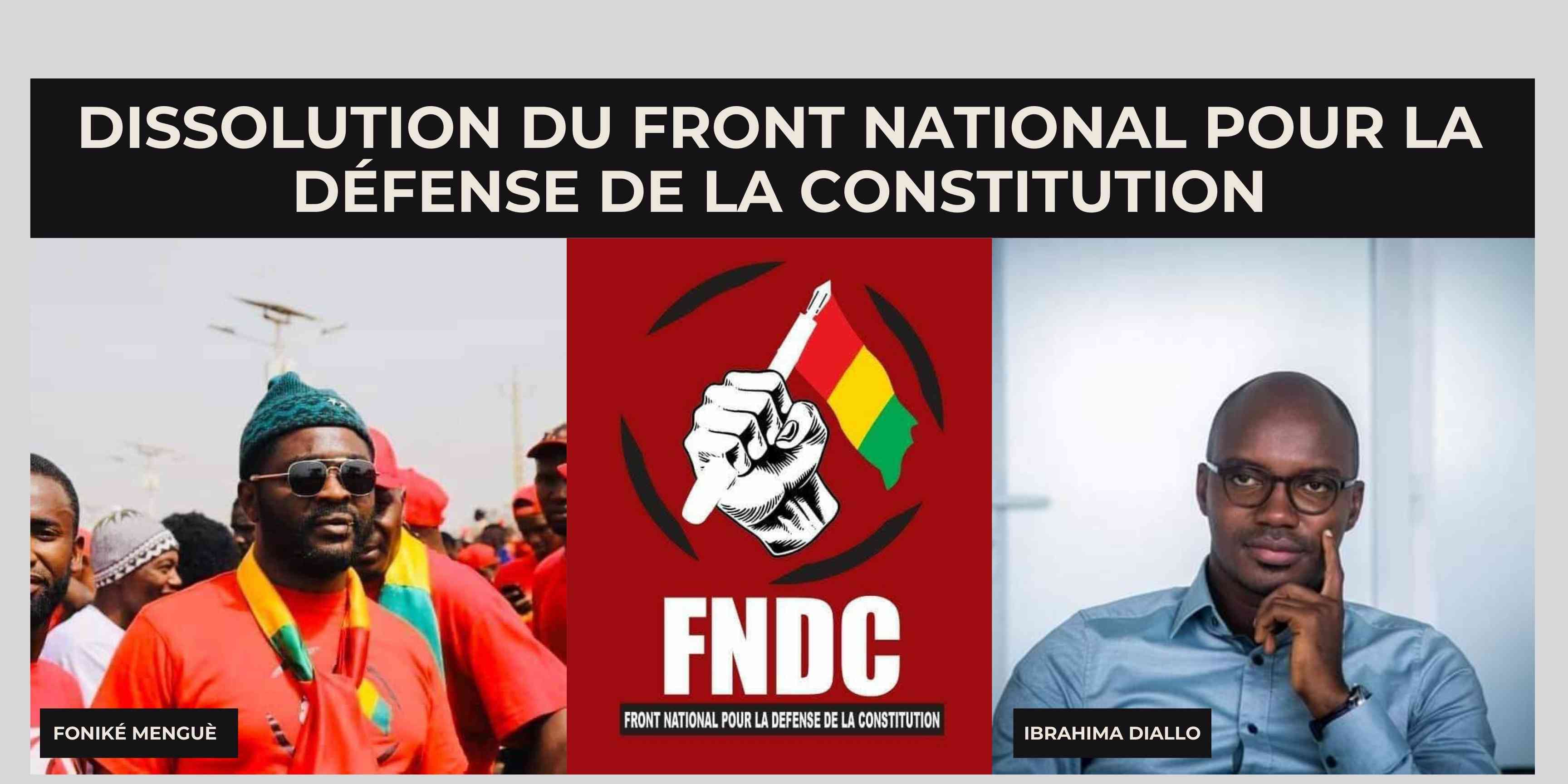 Guinea: The Guinean government takes a new step in the repression of independent civil society

Paris-Geneva, August 11, 2022 - Civic space continues to shrink in Guinea, where the ruling military junta has dissolved the National Front for the Defense of the Constitution (FNDC), taking a new step in the repression of any dissenting voice. The signatory organizations denounce this escalation of repression and call on the authorities to reverse this decision and guarantee the rights to freedom of association, peaceful assembly and expression in the country.

By an order dated August 6, 2022, and made public on August 9, 2022, the Minister of Territorial Administration and Decentralization, Mr. Mory Condé, announced the dissolution of the National Front for the Defense of the Constitution (FNDC) on the grounds that it was organizing armed demonstrations on the public highway and that it was not an approved non-governmental organization in the country. The FNDC was dissolved without prior notice and without the opportunity to comment or challenge the decision.  The decision comes as the FNDC announced that it would resume demonstrations after an unsuccessful ceasefire called by Umaro Sissoco Embalo, current chairman of the Economic Community of West African States (ECOWAS), which was intended to bring a favorable outcome to the crisis that has pitted the FNDC against Guinean authorities for months.

The FNDC is a citizen's movement created in April 2019 in protest of President Alpha Conde's desire to amend the Guinean Constitution or adopt a new one in order to run for a third term. Despite the adoption of a new constitution in March 2020 that allowed Alpha Conde to be re-elected in October of the same year, FNDC activists continued their fight for democracy. In September 2021, President Alpha Conde was overthrown in a coup by a military junta that seized power in Guinea and embarked on a solitary and authoritarian transition process. In the face of the junta's numerous attacks on democracy, such as the suspension of the Constitution replaced by a Transitional Charter or the recent ban on all demonstrations in the country, the FNDC is campaigning for the return to constitutional order and a rapid transition to civilian rule in consultation with civil society.

The signatory organizations recall that for several months the military junta in power in Guinea has been targeting the FNDC and its members in a clear attempt to silence the protest movement and hinder any citizen mobilization. On July 30, FNDC leaders Oumar Sylla and Ibrahima Diallo were brutally arrested following the violently repressed demonstrations of July 28 and 29, 2022 organized by the FNDC, resulting in the deaths of several demonstrators. The two activists have since been charged with "criminal participation in an assembly," "assault and battery," "criminal conspiracy," "obstruction of freedom of movement," "complicity," "arson and looting," and "destruction of private property" and have been remanded to the Central House of Conakry, where they are currently being arbitrarily held.

In addition, the signatory organizations call on the ruling military junta to guarantee the rights to freedom of expression, peaceful assembly, and association in the country, in accordance with Guinea's international commitments, including Articles 19, 21, and 22 of the International Covenant on Civil and Political Rights and Articles 9, 11, and 10 of the African Charter on Human and Peoples' Rights.

The Observatory for the Protection of Human Rights Defenders (the Observatory) was created in 1997 by the FIDH and the World Organisation Against Torture (OMCT). Its objective is to prevent or remedy situations of repression against human rights defenders. FIDH and OMCT are both members of ProtectDefenders.eu, the European Union's human rights mechanism implemented by international civil society.

Tournons La Page (TLP) is an international citizens' movement, bringing together nearly 250 organizations, which leads and relays actions to promote democratic change in Africa. In the field, in ten countries (Burundi, Cameroon, Chad, Congo, Ivory Coast, Gabon, Guinea, Niger, DRC, Togo), our coalitions carry out peaceful and non-partisan actions to contribute to the democratic future of their countries.

AfricanDefenders (the Pan-African Network of Human Rights Defenders) is a network of five African sub-regional organizations dedicated to the promotion and protection of human rights defenders (HRD) on the African continent.