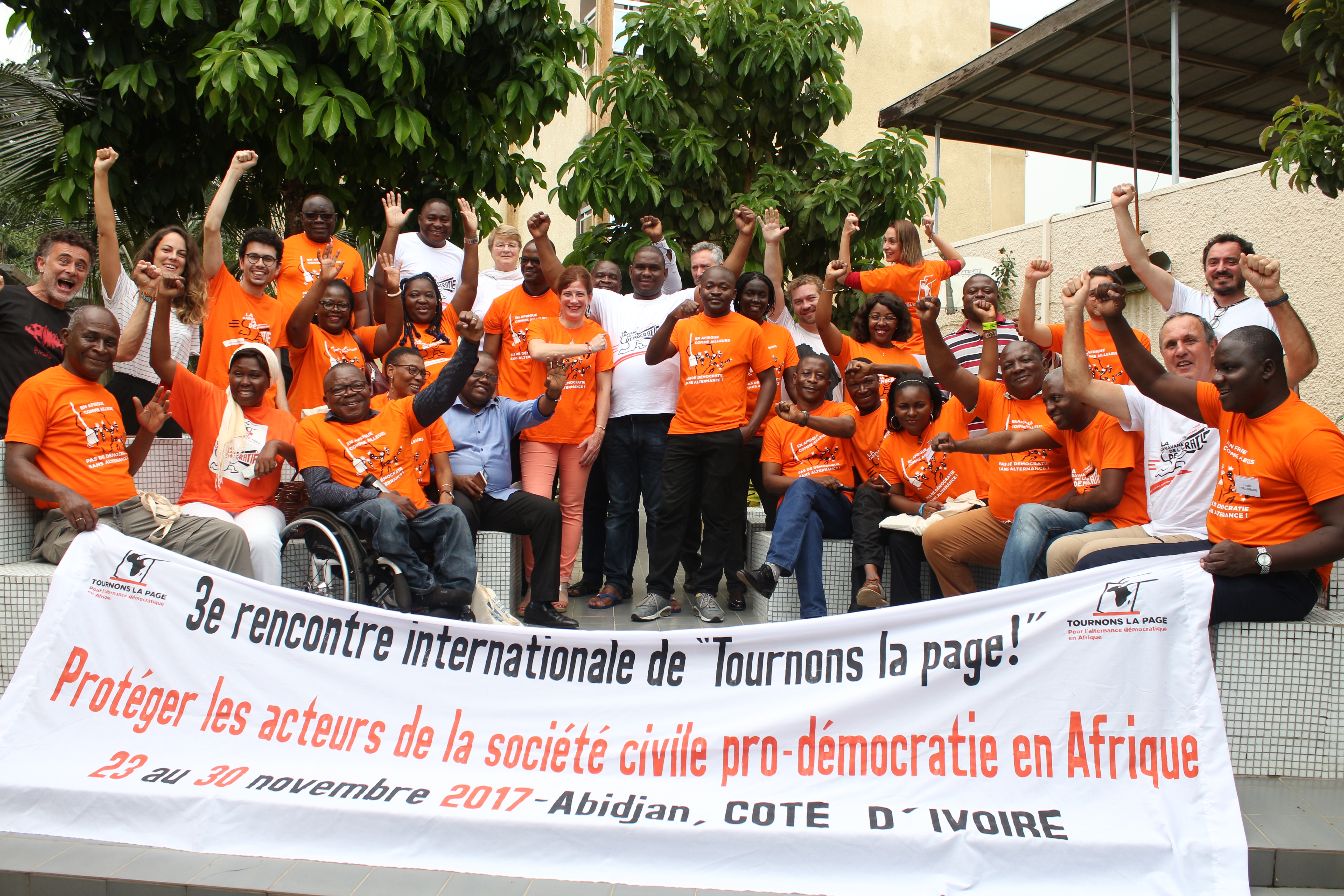 People in many African countries feel held hostage by the ruling power. 90% of Gabonese, Togolese or Equatorial Guineans have known only one family at the head of state! Since 2015, many presidents in office, who have reached the age limit or the term of office, have been trying to reform the Constitution in order to remain in power (Congo, Rwanda, Burundi, Guinea, Ivory Coast...).

Since 2000, thirteen African heads of state have changed their constitutions to stay in power, but the people of these countries do not hear it this way. Protests are swelling across the continent.

Citizen movements (Y'en a marre, Balai Citoyen, Ras-le-Bol, Ca suffit, Iyina...) join with rights NGOs, trade unions or faith-based organisations to defend the right to freely choose their leaders. A 2015 Afrobarometer study of 30 countries found that the vast majority of Africans were in favour of limiting presidential terms to two terms. This is the view of the majority, even in countries that have never had term limits, or that have eliminated them, calling into question the claim by incumbent leaders that their campaigns to stay in power reflect the popular will.

In this confrontation with power, people sometimes take great risks. But we don't talk about it enough. For us it is time for a new alliance between citizens of Africa, Europe and elsewhere, for a new stage: to obtain and keep alive democratic alternation.

2. Isn't there a risk that alternation will plunge the countries concerned into chaos?

The invocation of political stability and the artifice of the fight against the terrorist threat should not be an illusion. Experience everywhere has shown that respect for democratic rules is the best antidote to political instability, armed conflict and terrorism. It is the solidity of institutions that guarantees stability, not the durability of personal power.

According to the Africa Center for Strategic Studies, of the 21 African countries that have maintained term limits in their constitutions, heads of state have only been in power for 4 years, on average. In contrast, the average time in power for the 10 African leaders who have evaded term limits is 22 years. The removal of term limits undermines public confidence, increases the concentration of power in the hands of one or a handful of individuals and thus reduces political space. This trend ultimately leads to increased risks of tension, political violence and even civil conflict.

3. Alternation, but afterwards? If nothing changes in the practice of power ?

In order for the word alternation to have a meaning, it is a question of giving it a content. Our objective is to contribute to a change of governance, not just a change of regime or people.

It is up to each people to define it according to their history, culture and creative imagination. But some measures could anchor a real alternation that would bring democracy:

4. Who is at the initiative of this movement ?

The original idea to launch an international campaign to defend and promote alternation in Africa came from civil society actors in Congo.

Today, the movement is made up of 250 member organisations and has governing bodies elected by the activists (see the section Qui sommes-nous ?).

5. In concrete terms, what are we waiting for? What are we doing?

We carry out actions around 4 main axes: