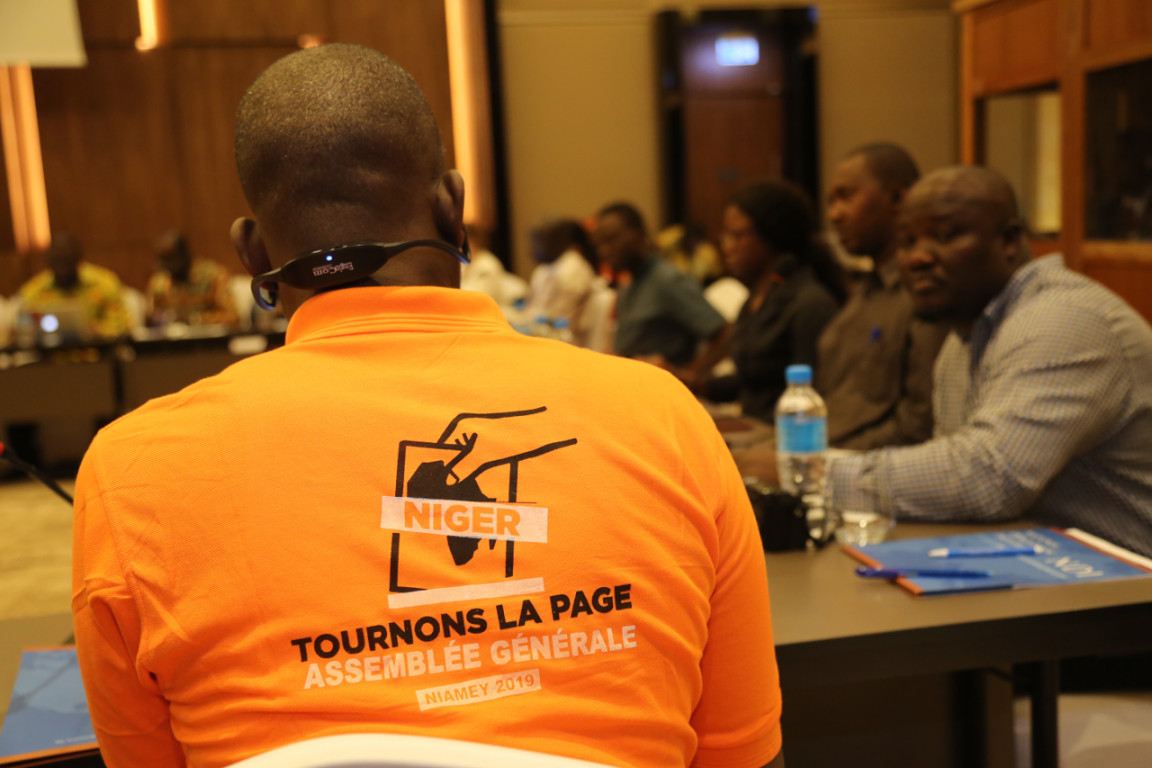 Tournons la Page Niger denounces the non-respect of freedom of expression and opinion in Niger and the systematic interpellation of opinion leaders and whistleblowers.

Since the coronavirus crisis, the Nigerien government has been hunting down anyone who thinks differently than it does. This hunt began with the arrest of Mamane Kaka Touda on 6 March 2020 for having informed on a suspicion of coronavirus cases at the reference hospital in Niamey, then with the custody of Dr Zourkaleyni Maiga from 14 March 2020 who made a communication explaining the origin of the disease, then it continued with the arrest of 15 people during and following the meeting of 15 March 2020 and the placing under a detention warrant of 6 of them, the summons of Ali Idrissa on 9 April 2020 and it continues with the two following cases:
Nassirou Seidou, president of the association the voice of the voiceless, was summoned to the PJ on the morning of 13 April 2020 and is still there following a private voice message he had sent to one of his friends saying that with the state of emergency decreed, it will be impossible to organise the next presidential elections.
Similarly, on 14 April 2020, Dr Mallah Tidjani was taken into custody at the offices of the judicial police following an audio message he sent in a private conversation in which the doctor expressed doubts about the number of positive cases of Covid-19 in Niger and denounced the lack of resources in doctors' surgeries and clinics.
These two voice messages were sent in the context of private discussions between two people and cannot be used as proof that these men were summoned or held in police custody.

Also, Tournons la Page Niger :
- Demands the immediate and unconditional release of Mr. Nassirou Seidou and Dr. Mallah Tidjani
- Respect for freedom of expression and opinion and the secrecy of private conversations
- The release of the six civil society actors in prison since 19 March 2020 despite the fact that the accusations against them are unfounded.