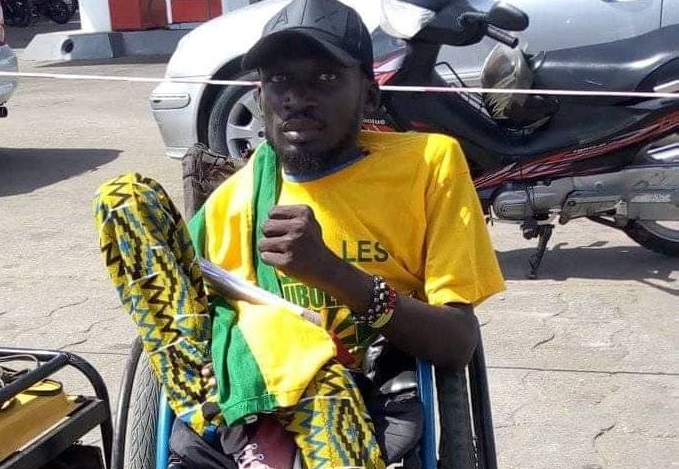 Togo: Freedom of expression confined
Our members in danger

Togolese civil society actor Fovi Katakou, a member of TLP-Togo, was arrested on Saturday, December 11 at his home and detained at the Central Research and Investigation Service (SCRIC). He was arrested manu militari by men in uniforms and civilians armed to the teeth, without prior summons, even though he is physically disabled.

Fovi Katakou is known to be very active on social networks in favor of the rule of law and democracy in Togo. This arrest follows one of his Facebook posts in which he called out students, the military, clerics and artists in these terms: "No one is safe from the social control of the Gnassingbé clan. Let's get out of the illusion that there is a way out. Let's stop thinking that it can only happen to others. Nobody is safe in this country..." He is accused of advocating crimes and inciting revolt against the authority of the state.This arrest for grotesque reasons will take place the day after the international day for human rights generated on December 10 of each year.

This is not the first time that Fovi Katakou has been arrested. Already he was arrested from June 30, 2019 to July 1, 2019 with 5 other people for lack of accreditation while they were ventilating on social networks information about attempts at massive fraud during the elections.

There is currently a strong rise in the gagging of dissenting voices in Togo with the detention of journalists Ferdinand Ayité, Isodore Kouwounou and Joel Egah for questioning ministers in a TV show. Press offenses have been decriminalized in Togo since 2014, journalists do not belong in prison.