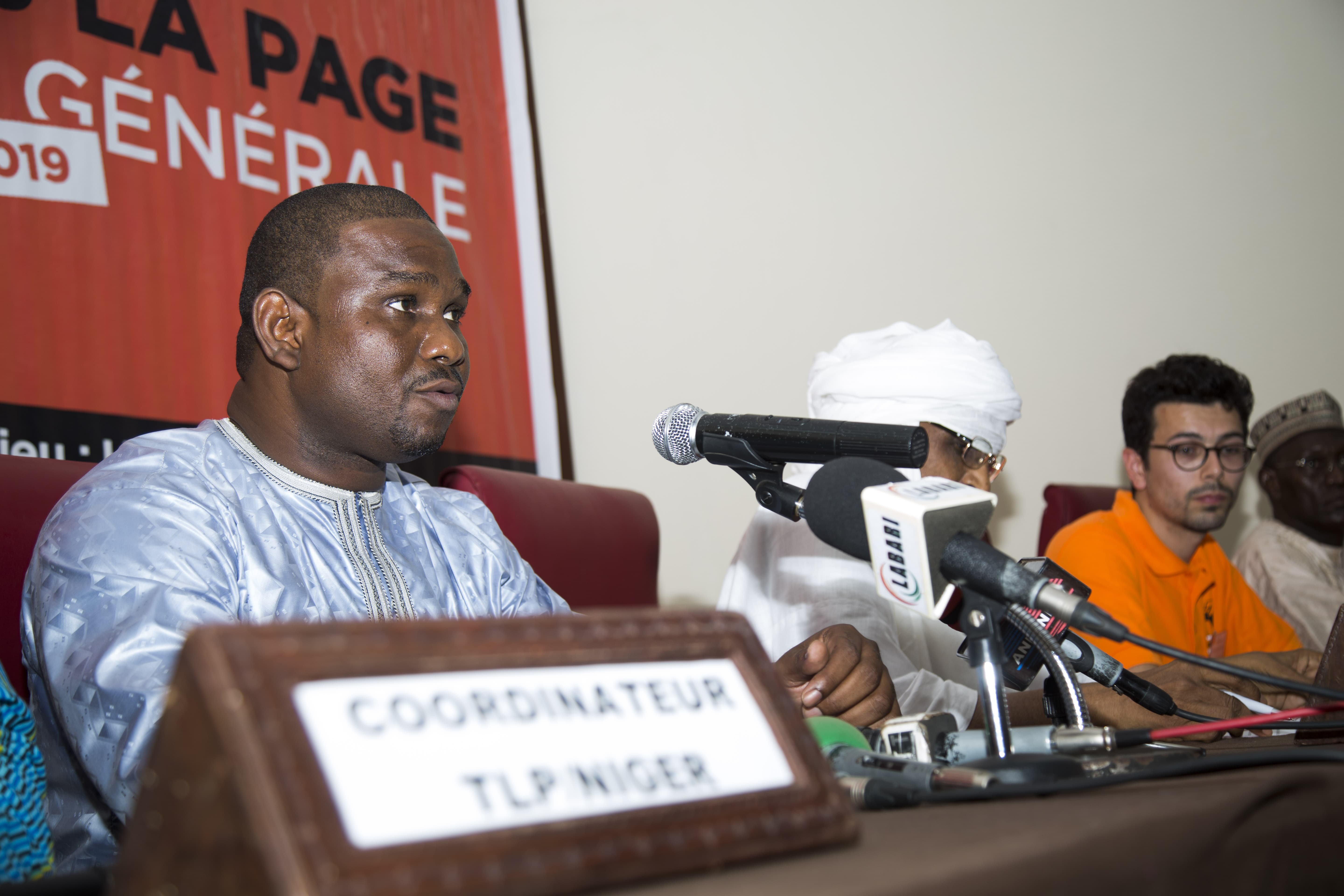 Present in Paris for the closing of the Caravan of Democracy, civil society leaders from 7 African countries and members of the international campaign Tournons La Page for democratic changeover in Africa questioned the French president on his report to the continent. They demand a renewal of France's African policy.

Mr. President of the Republic,

Gathered in Paris for the closing of the democracy caravan, we, coordinators of the seven African coalitions of the Tournons La Page campaign, launched on 15 October 2014 to promote democratic alternation in Africa, welcome you to the African continent in the framework of your forthcoming participation in the 5th African Union-European Union Summit from 27 to 30 November in Abidjan on the theme: "Investing in youth for a sustainable future".

The first report highlights the record longevity of African leaders in power, just after North Korea, marked by authoritarian rule. In a large number of African countries, mostly French-speaking, from which we come (Burundi, Cameroon, Chad, Congo, Democratic Republic of Congo, Gabon and Niger), we see a democratic deficit and exacerbated bad governance. Since 2015, elections have been systematically rigged and ballot box verdicts falsified, human rights widely flouted, more and more opponents imprisoned, justice instrumentalized, communications regularly cut off, especially during elections (internet, telephones and radio), media muzzled and violated, demonstrations and meetings banned and repressed in blood and constitutions manipulated. All this is the result of post-election political crises, civil wars and even armed conflicts.

In our second report, we denounce the frequent collusion between the political powers and the multinationals, which enriches both to the detriment of the population deprived of basic social services. These authoritarian and predatory regimes monopolise resources and lock up institutions in order to enrich themselves and maintain their power ad vitam aeternam. This system of predation poses a threat of social explosion and state failure. The high risks of radicalisation of social actors, especially the vulnerability of young people, are real time bombs: explosive unemployment and a blocked future feed terrorism and insecurity, not to mention the effects of climate change, which pushes young people towards risky migration.

Although François Mitterrand's speech in La Baule in 1989 raised high hopes for democracy and development in Africa, the results are still not up to expectations. When will France's privileged relationship with Africa finally emerge from the mafia system of Françafrique? Many Africans index France as the source of all their daily ills and suffering.

There are military cooperation agreements between France and our countries. France should suspend them with all African states whose armies rape, kill and oppress their people. In the name of ethics and respect for human rights, we need republican armies, not mercenaries in the service of leaders.

Furthermore, the advent of democracy is in no way a threat to French companies, which will always find their interests in these countries, provided that they stop supporting dictators who oppress their peoples and confine them to misery and despair. A virtuous circle of business can fully support each other's interests and contribute to the sustainable development of our peoples.

In view of your choice to open your government to civil society and following the analysis of your speech at the Sorbonne, we dare to hope that you are determined, like us, to turn the page on African dictatorships and to make history by taking courageous and innovative positions in France's foreign policy.

In this context, here are our demands to you. It is urgent to :

- call for the immediate and unconditional release of political prisoners and strengthen the protection of human rights defenders who live under almost permanent threat;

- Support, together with the European Union and the African Union, the reform of electoral systems vitiated and corrupted by state violence, from the drawing up of electoral lists to the proclamation of results;

- not to recognise, on the basis of international standards, regimes resulting from electoral coups de force and to sanction them;

- to encourage local democracy through the effective implementation of decentralisation laws;

- increase the resources of French civil society organisations that support those in Africa. In the Sorbonne speech, you pledged to increase official development assistance. We would like to see a larger share directed towards these associations.

In your speech at the Sorbonne, you presented Africa "as the strategic partner with which we have to face the challenges of tomorrow: youth employment, mobility, the fight against climate change, technological revolutions". However, these challenges can only be met in a fully democratic environment.

We will be present in Abidjan during the Summit and would be honoured to meet you there.

Please accept, Mr. President, the assurances of our highest consideration.

For the Democratic Republic of Congo: Jean-Chrysostome KIJANA