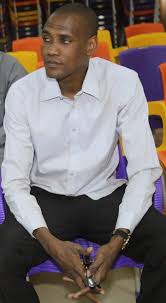 Adam Moustapha, known as Obama, coordinator of TLP Zinder, a teacher was sentenced on 26 May 2020 to three months in prison and a fine of 20,000 CFA francs for assault on the prefect of Tanout.

He had been arrested on 30 April 2020 following a meeting between a civil society delegation led by Obama and the Tanout authorities concerning electricity problems in the department. Indeed, the latter is experiencing untimely power cuts and sometimes people go several days without power.
Following the meeting, the prefect filed a complaint against Obama for "Voie de fait", a catch-all and baseless accusation, perfect for arbitrarily locking up civil society actors without any further justification. This is not the first time that Obama has been unfairly punished for his activism, as early as 2018 when
that he was campaigning against the finance law, the government decided to terminate his contract in flagrant violation of the general status of the civil service.

Three other activists of the TLP movement are also still arbitrarily detained in Niger's prisons: Maikoul Zodi, Moukaila Halidou and Moudi Moussa, arrested on 15 March 2020 for attempting to participate in a meeting denouncing the embezzlement of funds at the Ministry of National Defence.