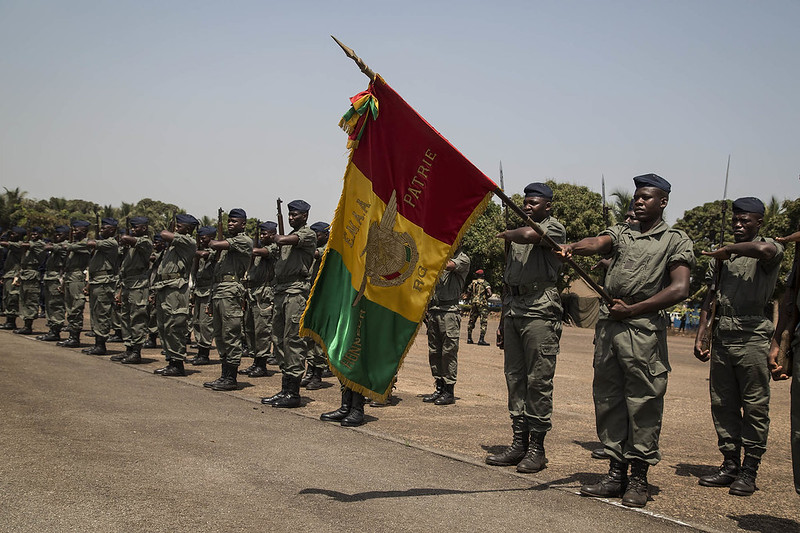 Coup d'état in Guinea: sad epilogue to the presidency of Alpha Condé

On September 5, 2021, the Special Forces Group, led by Mamady Doumbouya, took power by force, arresting President Alpha Conde and suspending all republican institutions. The military coup perpetrated by this elite unit is the logical consequence of the constitutional coup committed by President Alpha Conde and his family to maintain power at all costs for a third term. A source of instability and socio-political tension, Alpha Conde's obsession has led to his downfall.

President Alpha Conde, after ten years in power and the last two years marked by the ferocious repression against opponents of his third term, is experiencing a violent decline. Deaf to citizen mobilizations and increasingly isolated, President Alpha Conde has been unable to contain the rebellion of a unit that he himself created, heavily armed and largely financed.

This coup is reminiscent of dark moments in Guinea's history and the scenes of popular jubilation are a reminder of the unpopularity of President Alpha Conde. This coup d'état, which follows those in Mali and Chad, underscores the obvious failure of ECOWAS, the African Union and the rest of the international community (the EU and its member states, the United States, etc.) to work for the establishment of democratic processes in the region. Unable to counter the institutional coup and violent repression of last year, regional and international institutions are equally powerless in the face of the military coup perpetrated yesterday.

In light of this situation, Tournons La Page Guinea takes note of the coup d'état committed yesterday by the special forces.

Turning the Page Guinea solemnly calls on all Guineans to agree, within an inclusive process, to organize a democratic transition process for a return to republican order.

TLP Guinea advises against economic sanctions against Guinea that could affect the difficult living conditions of the Guinean population already plunged into extreme poverty.

Finally, TLP Guinea demands that the military protect civil and political actors who demand democracy and act in defense of human rights.

With the support of the following coalitions: