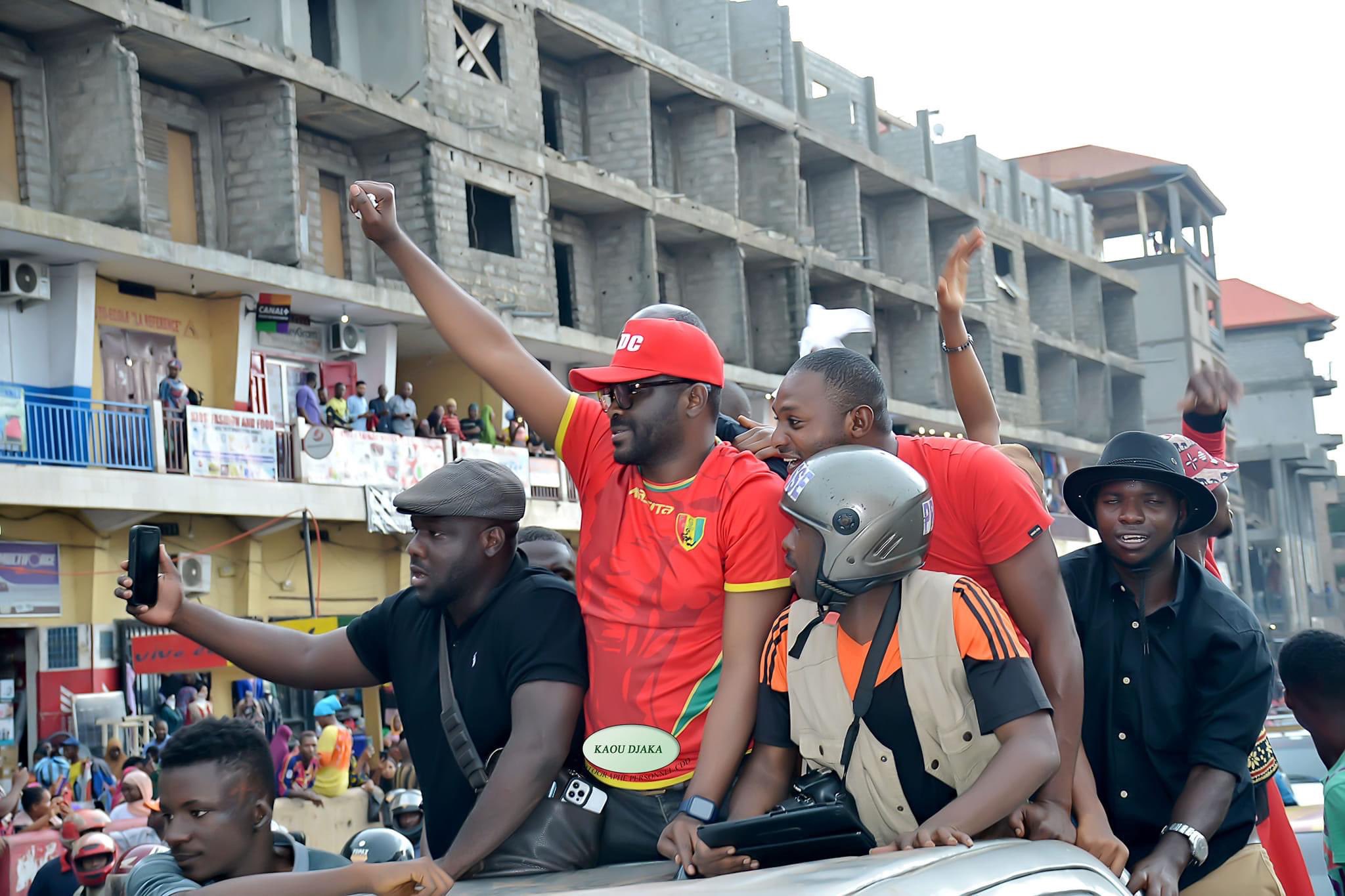 On Tuesday, July 5, 2022, at 2:00 p.m., three human rights defenders - Oumar Sylla (a.k.a. Foniké Mengué), deputy coordinator of TLP-Guinea, Billo Bah, head of the youth wing of TLP-Guinea, and Djanii Alpha, artist and head of the promotion of active citizenship of the FNDC- were violently arrested and taken to the central directorate of the criminal investigation department (DCPJ). Injured during the arrest, they were denied medical treatment despite the request of their lawyers.

The brutality of the police intervention, relayed through videos on social networks, has caused a wave of indignation among national and international opinion. A large part of the political class condemned their arrest, Tournons La Page and 17 other organizations signed a joint statement calling for their immediate release and the lifting of all charges against them.

Demonstrations broke out in Conakry between Tuesday, July 5 and Thursday, July 8. Demonstrators set up barricades and clashed with law enforcement officials, who attempted to disperse them with tear gas. Seventeen police officers were reportedly injured.

On Thursday, July 7, they were charged with "contempt of court and public insults" and were placed under arrest by the investigating judge of the Dixinn court.

On Friday, July 8, during their hearing, the president of the court, Ousmane Simakan, declared that the three activists were "not guilty of public insults, contempt of court, disturbance of public order and public security" and ordered their release.

Their release would not have been possible without the mobilization of Guinean civil society. "This is a victory for democracy. So the fight continues for Guinean democracy. The case was empty, it is really an abuse of power, a total injustice that has been repaired. So, once again I ask the Guinean youth to remain mobilized for the continuation of the fight," said Oumar Sylla.