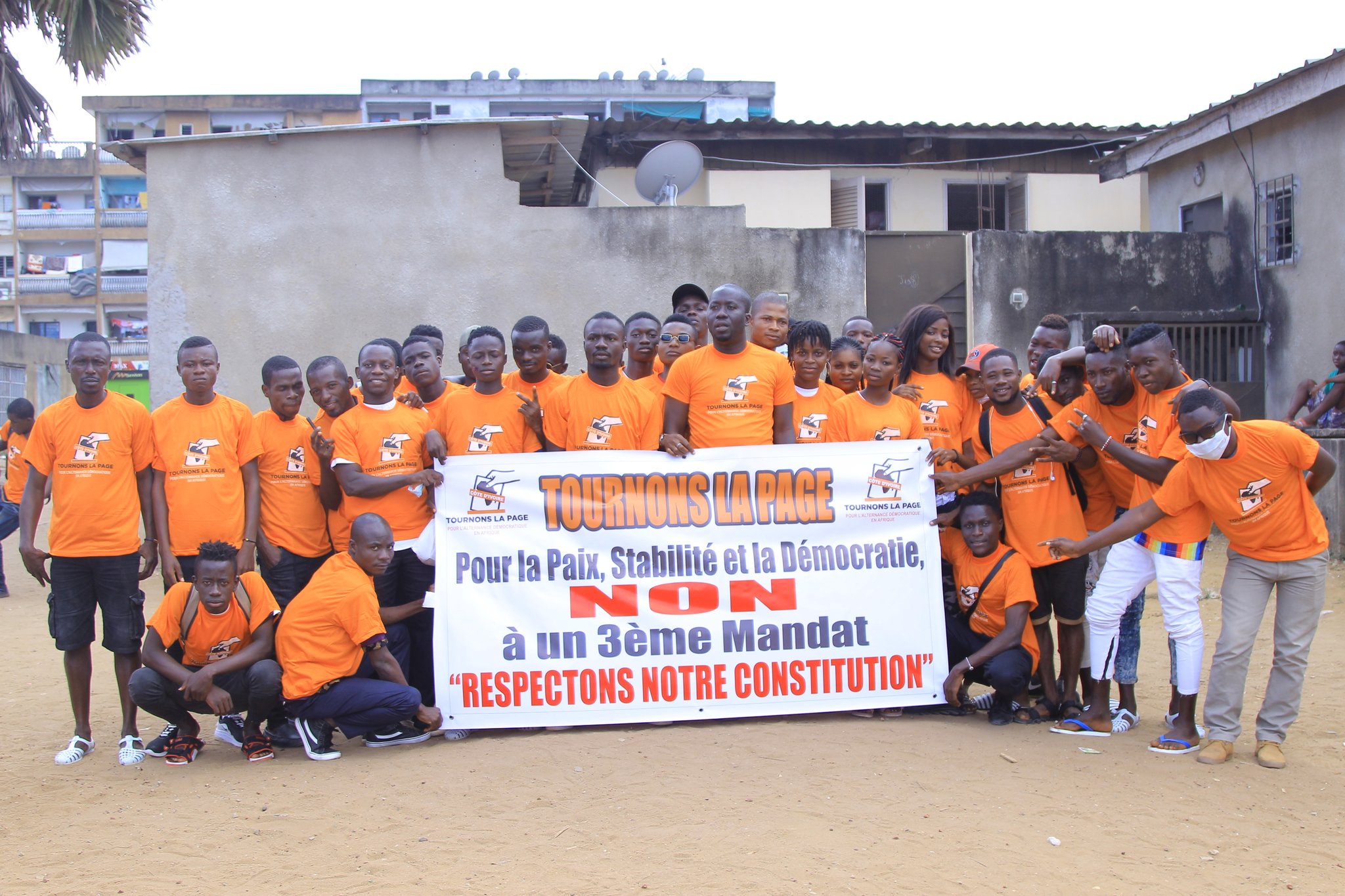 On 6 August 2020, Alassane Ouattara announced in a speech to the nation his decision to run for a third presidential term in October. On the same day in Conakry, the ruling RPG-Arc en Ciel party nominated incumbent President Alpha Condé as its candidate for the October election, thus also running for a third term.

These two presidents - aged 78 and 82 respectively, while the majority of the population of these countries is under 18 - amended the Constitution this year and, despite the disapproval of a large part of national and international opinion, wish to remain in power.

The Ivorian Head of State took this decision in defiance of the Constitution, which he himself had amended, including Articles 55 and 183[1] sufficiently show that the President of the Republic cannot serve more than two terms and that the constitutional amendment of 2020 does not reset the counters.

Despite the fierce repression of demonstrators from the National Front for the Defence of the Constitution (FNDC), a collective of opposition parties and civil society organisations, President Condé obtained a reset of the number of presidential terms of office, the limit of which is clearly enshrined in the Constitution (art. 27) [2], thanks to the constitutional referendum held in the midst of the VIDOC epidemic-19.

By wanting to deprive their peoples of any possibility of democratic and peaceful alternation, Alassane Ouattara and Alpha Condé are committing a coup d'état. The coup d'état against the Constitution has the violence of a military coup d'état: it not only confiscates power, but also the institutions that are supposed to limit it. It must be condemned and treated with the same firmness.

These constitutional coups also attack regional and sub-regional instruments for the promotion of democracy. They violate the Charter of Democracy of the African Union, which prohibits "any revision of the Constitutions that undermines the principles of democratic alternation" (Article 23) but also Article 1 of the ECOWAS Protocol on Democracy and Good Governance [3].

Tournons La Page (TLP) recommends that the African Union, ECOWAS, the European Union and their Member States should :

[1] "Article 55: The President of the Republic shall be elected for five years by direct universal suffrage. He may be re-elected only once. "And "Article 183: The legislation currently in force in Côte d'Ivoire shall remain applicable, except for the intervention of new texts, in that it is not contrary to the present Constitution. »

[2] Article 27: "The President of the Republic is elected by direct universal suffrage. His term of office is five years, renewable once. In no case may a person serve more than two presidential terms, consecutive or not. »

[3] Article 1 paragraph c: "Any unconstitutional change is prohibited, as well as any undemocratic mode of accession to or maintenance in power. »